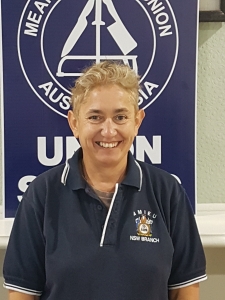 Patricia Fernandez is the Secretary/Treasurer for our branch. Patricia worked as a process worker at Inghams, Hoxton Park prior to joining the Union as an Organiser in 1992.  Patricia is also the organiser for Bega Cheese. 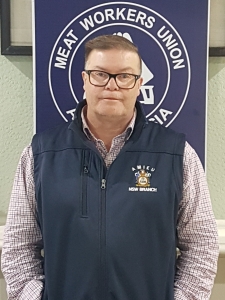 Mark has spent most of his working life in abattoirs, first at Fletchers, Dubbo then Southern Meats – Goulburn. Mark was  the Union President at Southern Meats for  many years. 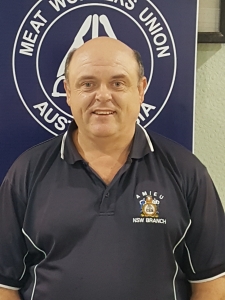 Chris commenced work as a clean up boy in the meat department at Safeways aged 16. He began his apprenticeship at a retail butcher shop in Burwood. After completing his apprenticeship he joined the RAAF – before going back into butchering, working at Woolworths for 4 years then as a Meat Manager at Coles for 15 years before joining the Union in 2008. 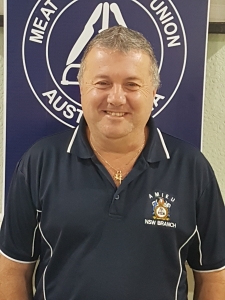 Stephen worked at Swires Cold Storage (Homebush) for 23 years in warehousing and distribution where he was a union delegate for 20 years, in fact, he is the longest serving delegate of our union. Sadly back in June 2016 the whole site was made redundant due to loss of several contracts and the sale of the site. 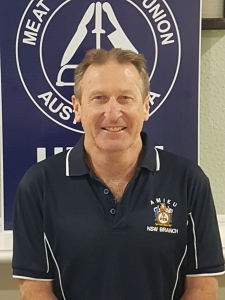 Michael is a Coles Delegates for 4 years from Stanhope Garden before joining the Union. 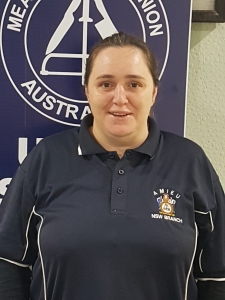 Cathy-May Gill is an aboriginal Official with AMIEU and a proud Wiradjuri woman. Cathy-May has worked for 13 years in food manufacturing and spent 5 as an Official with AMWU before spending the last 1-2 years working with Aboriginal and Torres Strait Islander people securing training and employment opportunities and assisting them to overcome barriers to employment. Cathy-may has always held her union values close in all aspects of her working career and is ecstatic to be once again pursuing her passion aiding and educating employees in regards to their rights within the workplace.